Focusing on the Facts

There are really no words to process the horrific events this week at the Robb Elementary School in Uvalde, Texas. The pang of sadness that overcomes us all when you think what happened to those innocent children is only amplified when you think of your own kids and those around you.

What has helped me is to dive into some facts. My hope is that will at least prepare you to take action and convince your representatives to change the laws.

In 2004, a ten-year federal ban on assault weapons expired, and since then. mass shootings have tripled. Zusha Elinson, who is writing a history of the bestselling AR-15 military style weapon used in many mass shootings, notes that there were about 400,000 AR-15 style rifles in America before the assault weapons ban went into effect in 1994. Today, there are 20 million.

The 20 million figure is jaw-dropping so I had to double-check it. Amazingly, it’s hard to pin down the absolute number of guns out there because the US government doesn’t keep track (unlike Japan). In fact, there are more guns than people in the United States with almost double the number of guns/people than any other nation.

With all those guns, it is no surprise that there is an epidemic of gun violence in the US. Notice in the chart below that all but two of the mass shootings below are from after 2004.

Steve Kerr, whose father was shot and killed by jihadists while serving as president of the American University of Beirut, went viral the other day following his impassioned plea for Senators to break through the gridlock and do something.

As Coach Kerr said, House Resolution 8, the Bipartisan Background Checks Act of 2021 is stalled in the Senate. You can find out more about the bill and read the details and encourage your Senator to pass this important bill. 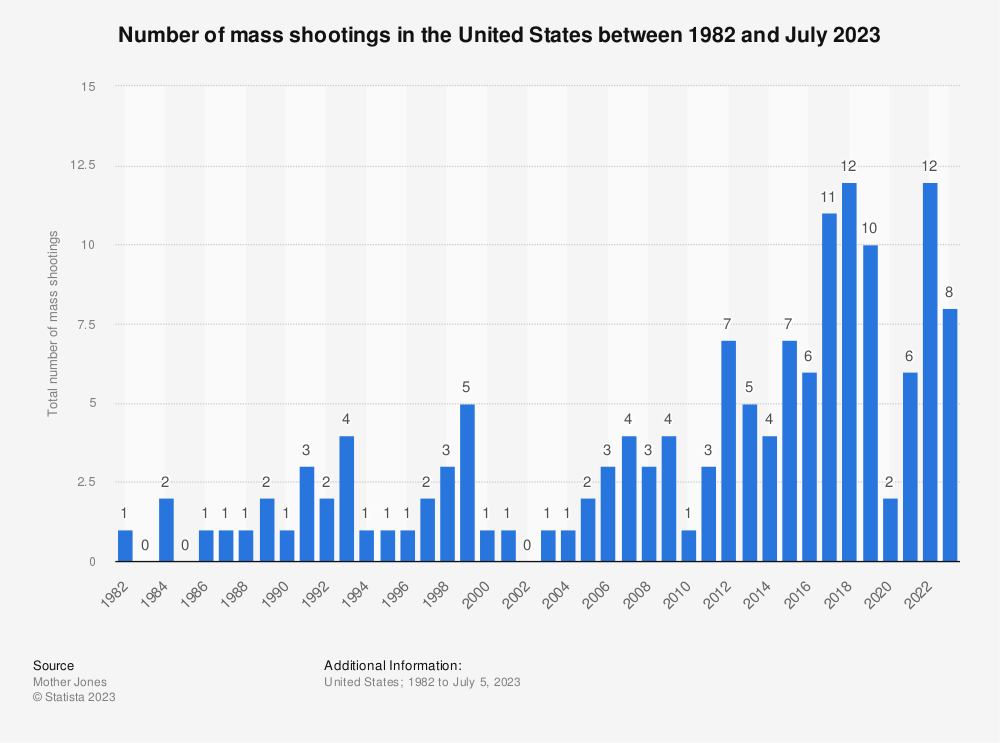 The United States is an outlier when it comes to banning assault weapons. When will it change? Amazingly, public opinion on gun laws is still mixed according to Gallup which says the public’s desire for more gun control has actually dropped recently. One hopes this will change and force a change to the laws.

Will Uvalde become this nation’s Port Arthur moment? I certainly hope so.

One response to “Focusing on the Facts”