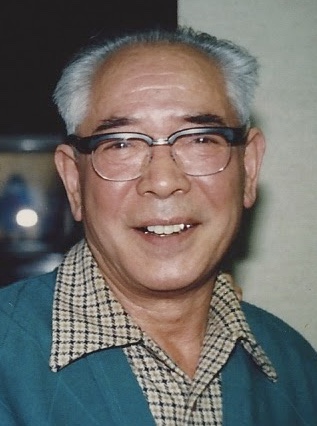 My Japanese grandfather passed away last night. Oji-chan was of the generation that lived through the war and helped rebuild Japan. No matter how tough things got, this generation always managed to dig a little deeper and work a little harder. Employed by a concrete factory as an onsite mechanic, he was great with his hands and could fashion just about anything. A graceful metal swan scupture broke at my parent’s house and he fixed it with a big ol’ blob of solder. It wasn’t pretty but he fixed it. He loved his work and was called out of retirement three times because he was the only one that could figure out how to fix some of their aging machines.

My grandfather also taught me to put personal pain into perspective. I remember one time when one of my relatives, a cousin I think, fell down the steep wooden stairs at my grandparent’s house in Yokohama. My cousin was six or seven at the time so he was wailing in pain would but also in a way to garner some sympathy. Oji-chan started laughing at him because, well, it was kind of funny, and no one was really hurt, and, well, you need to laugh at yourself sometimes. At first I thought it was cruel of him to laugh at someone’s misfortune but then I realized he was trying to teach my cousin a lesson.

He would laugh at many things. Especially when telling stories of extreme hardship. The time the Imperial Army sent him into basic training towards the end of the war when they started conscripting the kids. They were out of all but the largest-sized boots and they sent him out on exercises in these huge boots and gave him a pointed bamboo stick for his weapon. He laughed at how ridiculous it was.

And then there was the time he went to play pachinko and, because it was so loud, he stuck pachinko balls in each ear to block out the racket. The pea-sized metal balls fit perfectly and completely blocked out all sound. He later discovered that he couldn’t pluck them out and had to come home to my grandmother, who is nearly deaf, and try and explain what happened and what he needed her to do. The image of the two of them yelling at each other and neither of them able to hear what the other one was saying still makes me smile.

He was old school. Didn’t say much, just surveyed the situation as the household fluttered around him. Didn’t want to cause any fuss, all things work themselves out eventually. When he did weigh in, he would cut to the chase and quickly put things in their place, no questions, no debate. He was alert up to the end and passed away while taking a bath – he would have wanted it that way.

I hope he’s smiling down at us. I am smiling up at him.